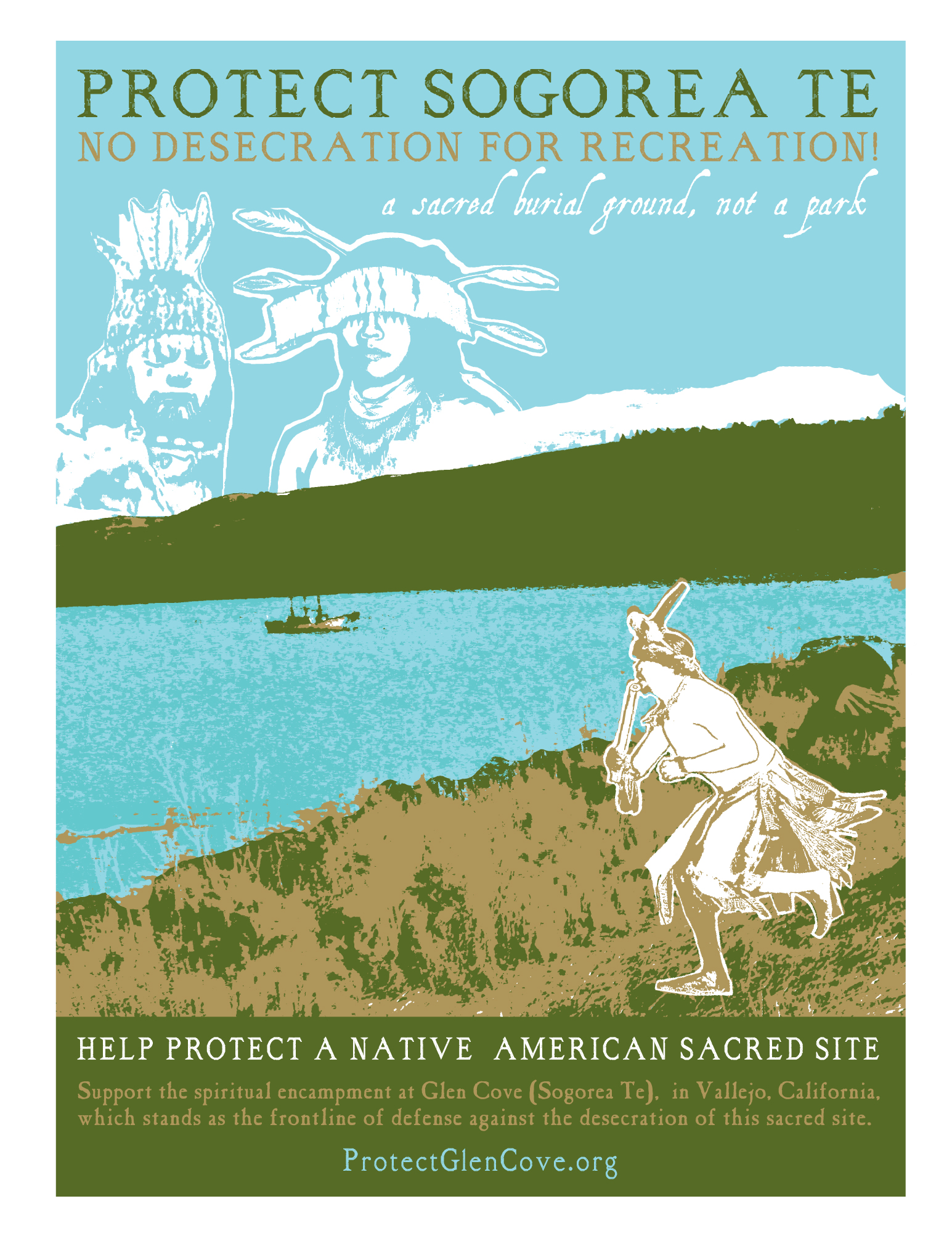 June 2, 2011. Today marks the 50th day that a spiritual encampment (an on going prayer and presence on the land) that has held strong in at Glen Cove, in Vallejo California. The occupation of the ancient burial site at Glen Cove by Native Americans and supporters who remain at the site in order to guard it against desecration by bulldozers.

I created this graphic as a humble attempt to create a visual that captured the stories being told by organizers and elders. I wanted to depict ancestors presence on this sacred shellmound and did so by depicting Miwok and Ohlone men and women reflected in the clouds and on the land. Many other California peoples have been present on this sacred land I want to acknowledge that as well. Ideally this could be a much larger piece that could reflect how important this site is to many, many, many peoples… Melanie Cervantes with the “Protect Sogorea Te” poster that she created.