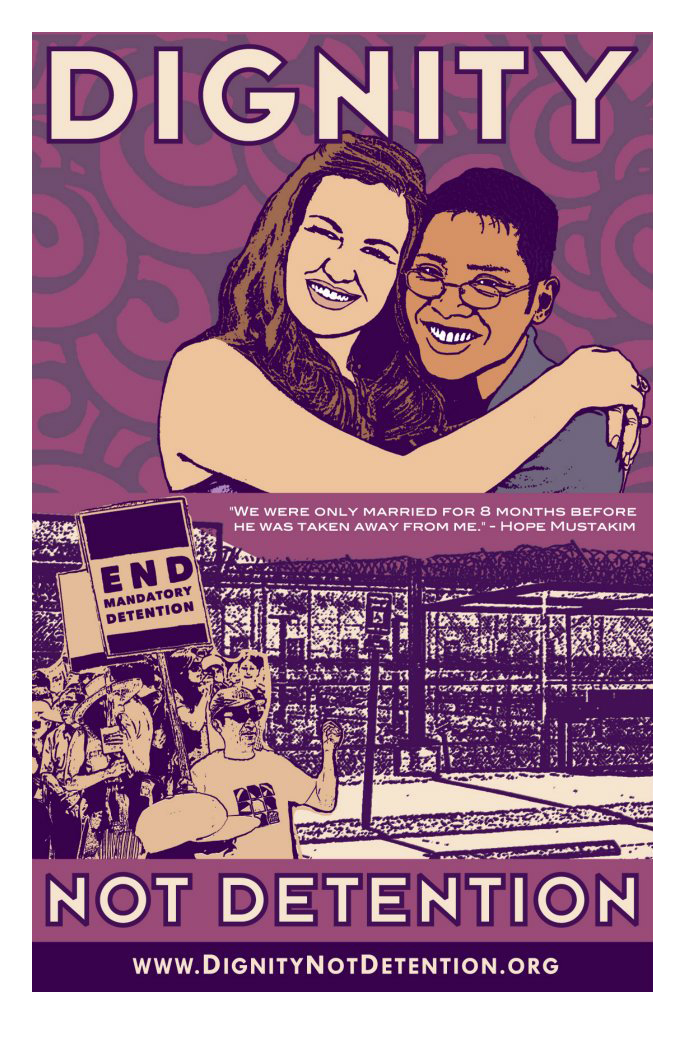 This poster was created to mark the 15-year anniversary of the implementation of harsh immigration laws (including the Illegal Immigration Reform and Immigrant Responsibility Act) that led to the detention and deportation of millions of immigrants. In order to help raise awareness about the impact mandatory detention is having on communities and society at large Detention Watch Network and Dignidad Rebelde joined forces to create a graphic campaign to call attention to this pressing issue.

The poster features Nazry Mustakim and his wife Hope. Nazry, a 31-year-old green card holder from Singapore, was held in immigration detention for 10 months at the South Texas Detention Center in Pearsall, Texas. Due to laws passed in 1996, Nazry’s prior drug conviction subjected him to mandatory detention, which meant that he could not be released on bond. After ten months of hardship and separation and unrelenting advocacy by Hope, his family and community, Nazry has been released from detention and is back home. However, Nazry’s story is exemplary of the injustices immigrants face in detention daily. We must act now and raise awareness to repeal mandatory detention to stop unjust detentions.